The Prix Gaïa is to watchmaking what the Nobel Prize is to global philanthropy: the supreme recompense, the kind of timeless award that makes a person's career exceptional.


by Watchonista – The Gaïa Prize, which rewards outstanding figures of the watchmaking industry, will celebrate its 25th anniversary this year. Additionally, the Musée International d’Horlogerie (MIH) will present its second timepiece, entirely designed in-house and produced locally to support a noble cause…

Presenting The 2019 Winners Of The Gaïa Prize


by Watchonsita – The 2019 edition of the Prix Gaïa, the 25th, will take place at Club 44 in La Chaux-de-Fonds at 6.30 p.m. on Thursday 19th September and is set to be remarkable in more ways than one. Firstly, it will pay tribute to three very experienced talents from the world of watchmaking. Then, it will see the award of first ever Horizon Gaïa grant, intended to promote new talent working in the areas covered by the Prize. Lastly, it will provide the setting for the unveiling of the prototype of the brand new watch created by the MIH. Subscriptions for the MIH Gaïa watch will officially open at the end of the ceremony…


The Jury for the Gaïa Prize is paying tribute to Karl-Friedrich Scheufele in recognition of the dynamic growth and international renown which the family company has enjoyed thanks to his leadership, and for developing new watchmaking entities which emphasise the val- ue of people, craftsmanship and innovation…


The Jury for the Gaïa Prize is paying tribute to Suzanne Rohr for her pioneering role in and her mastery of the art of enamelling, her perseverance and her independence in apprenticeship, and her work to train others in these skills…


The Jury for the Gaïa Prize is paying tribute to Laurent Tissot for his contribution to the re- newal of our understanding of the economic, social and cultural history of Swiss watchmak- ing at an academic level, influenced by his many research studies, wealth of publications and his strong communication skills…

Presenting The 2018 Winners Of The Gaïa Prize


by Joël Grandjean – Since 1993, this high distinction, baptized by some as the Nobel Prize for Watchmaking and organized by the MIH's " l'Homme et le Temps" Institute, the International Watchmaking Museum, has celebrated human excellence, rewarding the best of the best.


The Jury for the Gaïa Prize is paying tribute to Maximilian Büsser in recognition of his creative approach to watchmaking in the design and marketing of his products, and for the innovative way he manages his business…


The Gaïa Prize jury highlights Paul Clementi's extensive skills in craftsmanship and use of historical knowledge to produce inventive creations, with the highest standards of professional conduct…


The Jury for the Gaïa Prize is paying tribute to Reinhard Meis in recognition of the key contribution he has made to our understanding of the technical history of watchmaking, thanks to his exhaustive independent research, and for the excellence of his publications in the field of complicated watches…

The Prix Gaïa is to watchmaking what the Nobel Prize is to global philanthropy: the supreme recompense, the kind of timeless award that makes a person's career exceptional.

The candidates were discussed, carefully documented and the winners unanimously selected by a jury of professionals, including yours truly, in a sitting chaired by Régis Huguenin-Dumittan, Curator at the MIH, International Watchmaking Museum. The winners, three key personalities from the watchmaking field, then received their awards, one for each of the three categories: Jean-Marc Wiederrecht for "Craftsmanship and Creation", Laurence Marti for "History and Research" and Richard Mille for "Entrepreneurship".

Established in Meyrin (Geneva), watch designer and founder of Agenhor SA, Jean-Marc Wiederrecht is considered as the father of “Poetic Complications”. Born in 1950, Jean-Marc Wiederrecht graduated as a watchmaker in 1972. Following this, he worked at Châtelain for three years before setting up his own workshop in 1978. In 1988, he developed his first bi-retrograde perpetual calendar. Made for Harry Winston, the module was a first in watchmaking and heralded the start of a privileged relationship between Wiederrecht and the brand.

Richard Mille, founder and director of the eponymous company Richard Mille, embodies a new vision of modern watchmaking. Bursting with creativity, he designs luxurious and the most innovative watches. Born in Draguignan, southern France, in 1951, Richard Mille is a passionate of mechanics who rapidly made an imprint in the Swiss watch universe. After his marketing studies in Besançon, he worked at Finhor, a local watchmaking company, as head of exports then rose to the position of manager of the watchmaking brands the Matra group acquired when it bought Finhor. In 1990, he became President of the watch division and Director of the jewelry shop Mauboussin and became, from then, on well-known in luxury watchmaking. Nevertheless, after a disagreement about the company's business strategy, Richard Mille left Mauboussin to set up his own brand. And so, in 2001, he embarked upon a new adventure and settled in Les Breuleux to produce his first watch, the RM 001.

Established in Aubonne (Vaud), the independent research sociologist and historian is discreet and meticulous. One of her major works was on the legend Daniel Jeanrichard, which she handled with an original approach combining history and sociology. Laurence Marti was born in Bévilard in the Bernese Jura. She studied sociology and history at the University of Lausanne and University Lyon 2. After she obtained a PhD in sociology and social sciences, she opened the private research bureau “Laurence Marti recherches sociales” in Aubonne (Vaud). Since 1997, she has offered her scientific know-how to companies, institutions, associations, museums and private individuals to carry out research projects, organize exhibitions, write commemorative books and so on. In 2005, she completed her training with a “certificat de formation

4 laureates in 3 categories is the jury's verdict. This international distinction rewards for twenty-three years careers in the field of watchmaking. The awards ceremony will be presided over by Mauro Dell'Ambrogio, Swiss State Secretary for education, research and innovation on Tuesday 20th September 2016 at 18:30. Musée international d'horlogerie, La Chaux-de-Fonds.

The Prix Gaïa was created in 1993 by the Musée international d’horlogerie with an aim to honour prominent figures who have contributed and who contribute to the reputation of watchmaking – through its history, its technology and its industry. The only one of its kind, this Prize has the particularity of honouring the best of the best (F.P. Journe, P. Dufour, G. Daniels, N. Hayek, J.-C. Biver, K. Voutilainen, A. Porchet). By awarding this Prize, the Musée international d’horlogerie, a worldwide recognised institution of La Chaux-de-Fonds, a town whose economic and social history is closely linked to watchmaking, wished to express its appreciation to the spiritual heirs of the watchmaking culture which impregnates the collections of the museum, as well as the town.

Roger Smith's research mainly focusses on the watchmaking world of 18th-century London and his work is characterised by his in-depth research on Anglo-Swiss exchanges and his expert knowledge of timepieces.

Since the inception of the Gaïa prize in 1993, there are among the laureates many of the geniuses and talents that where, at the time, not yet recognized by their counterparts or collectors. To name a few: Jean-Claude Nicolet, François-Paul Journe, Michel Parmigiani, Vincent Calabrese, Philippe Dufour, Derek Pratt, Georges Daniels, Anthony G. Randall, Beat Haldimann, Kari Voutilainen or Andreas Strehler…It is now the turn of Vianney Halter to be recognized by this institution that some media compare to the “Nobel Prize of watchmaking”.

Günter Blümlein, the power of memories

Fifteen years have already gone by since the master watchmaker left us. Winner of the Gaïa Prize in 1996, for which Watchonista is media partner, he made a lasting impression on the industry. Here's a few things to learn about him

In the early hours of October 1st, 2001, he died aged only 58. On this day, high-end watchmaking lost one of its key, most respected and prominent figures. Remembered as a relentless entrepreneur with a strong personality, his memory lives on. Now fifteen years later, his career path is still a source of inspiration. His career was so enriching that taking the time to learn about it might well give aspiring managers potentially business-saving impetus.

From WOSTEP to Parmigiani, and now in Môtiers (Neuchâtel) where he works, the Finnish watch artist has always been widely appreciated. Three words sum up his watchmaking: independence, true calling and modesty, like all great watchmakers have.

Watchmaking is grateful to this visionary man, who right in the middle of the watchmaking crisis, launched “Laboratoire Dubois” for watchmaking and its subsidiary sectors. He is today the honorary chairman of the enterprise. We pay tribute to him.

You will find a piece of him and Neuchâtel, where he teaches, on the end of your mobile phone. Pierre Thomann works on the measurement of time and is furthermore a gifted popularizer.

Discover all the laureates since 1993 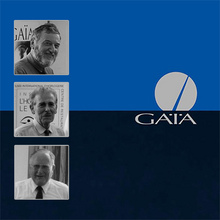 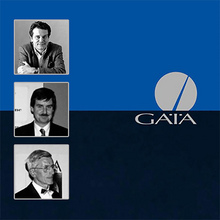 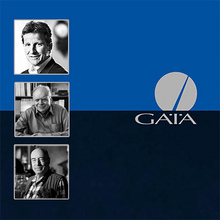 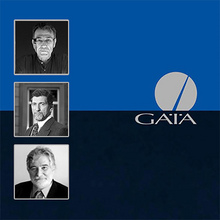 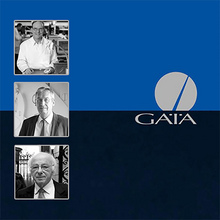 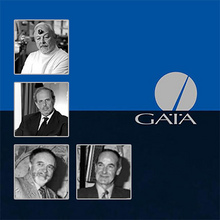 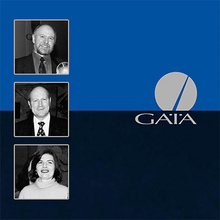 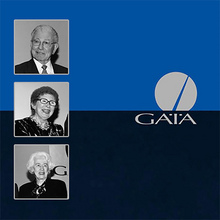 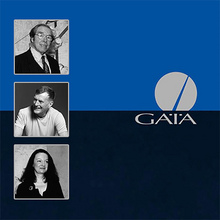 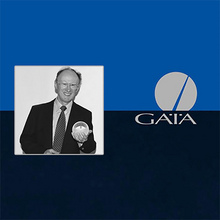 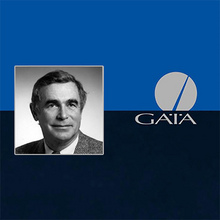 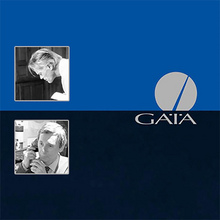 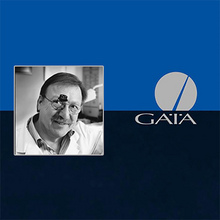 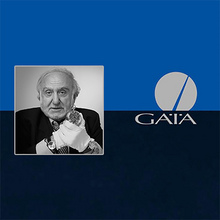 
Watchonista will soon offer you a personalized presentation of this extraordinary personality. 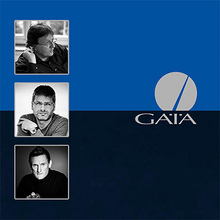 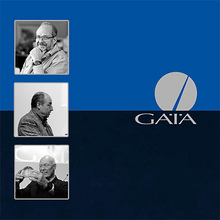 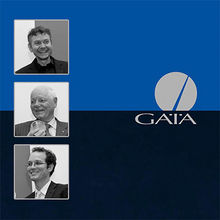 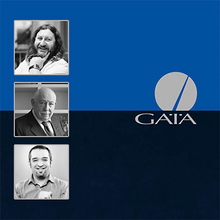 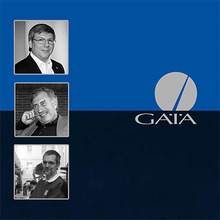 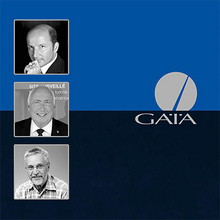 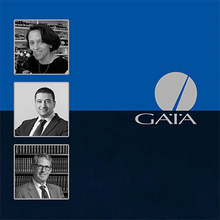 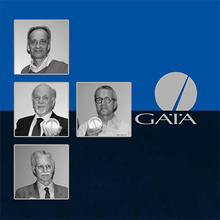 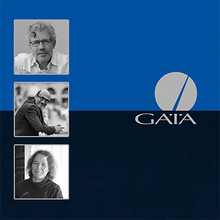 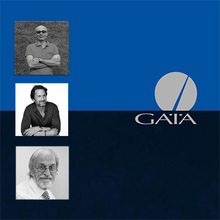 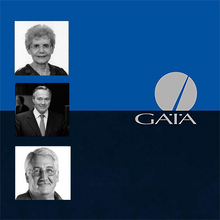